My Learnings From The Block 2020

Last Saturday at 10am at the Block in New Street Brighton I arrived on site to prepare for another auction.

After months of construction, airing of the programme, scouring Melbourne for buyers for Houses 1 – 5 , countless private inspections and at least 100 hours of time, talking , phoning, preparing the moment had arrived.

First things first was getting past the security guard but after 9 years I was waved through by a familiar face and then proceeded to the  registration desk and pick up my trusty number 8 paddle.

It was a humid  Melbourne day and with auction held outside in the backyards of each property sunscreen and sunglasses were required.

After 9 Block auctions I am familiar with the process, sound guys mic me up, sound check and sometimes makeup but no makeup today.

During the week I had 4 50/50 buyers pull off 3 days before the auction , two who I had purchased Block properties for previously and who had the freight I thought to give us chance of success.

My remaining buyer was an overseas family who were watching proceedings on Zoom.

During the selling campaign the buyers agents develop good relationships with the selling agents with whom we keep in contact almost daily.

I am a keen observer of Block auction prices, I’m a Valuer after all and listened carefully to all the selling agents and feedback from my buyers.

I believe we  were all on the same page before the auction.

The expectations prior to the auction was that there was money for House 4 and this would attract the most interest.

What was clear from the outset was that the buyer pool was smaller than I thought.

So auction 1 was purchased by the zoom buyer, at a price slightly above my expectation but I was not surprised but I was wary of Danny Wallis who bid against me last year at the Oslo and who purchased Mitch and Marks house last year .

When he threw down a bid for $4.2m on house 5 bidding against a young lady I was astounded.

This house received the least support of almost every buyer I had taken through to show.

Who would have thought that House 5 at the southern end, with the smallest living area and tiny dining room would take out the ultimate prize!

Danny was not the ultimate winner of this house with a young lady buying house 5 as her home. Danny had pushed her to the brink!

Danny had bid on two without success but the scary thing was I now knew his buying limit which was $600k higher than mine and I believe everyone else left.

There were 3 houses to go. Danny had success on house 3 paying $3.8m. It seemed overs to me and surprised everyone else but it was knocked down. Danny seemed happy.

I then thought oh well there are 2 houses left,  I had at least one advocate covered and the  buyer pool looked really thin. I was fairly confident of buying one of the last 2 houses!

I liked House 2 and threw down a bid of $3.2m Danny then threw in a $1m killer bid and auction was over. I was on my knees and Frank and I handed our paddles to him. We could not compete.

House 1 was a good house at the northern end, we were told Danny had left and I was confident I could buy one for my client. Unfortunately for me Danny turned back and went whack with a  $4m bid, $500k above the next highest bid and the show was over.

Danny had a row of house 1, 2 and 3 and had splashed nearly $12m on 3 houses on New Street Brighton.

Great result for Channel 9, the producers and the contestants. A day unfortunately the advocates would rather forget!

I am often asked why I come back each year to participate as one of the Buyers Jury as we used to be called.

There are 3 reasons that come to mind.

Start saving folks for next year’s series of The Block in Hampton , a great bayside Melbourne suburb where The Block will again be selling houses. I hope to be back again too to represent one of you at the auction!

Get in touch to see how Greville Pabst Property Advisory can help with your next property purchase, sale or leasing. 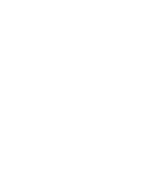